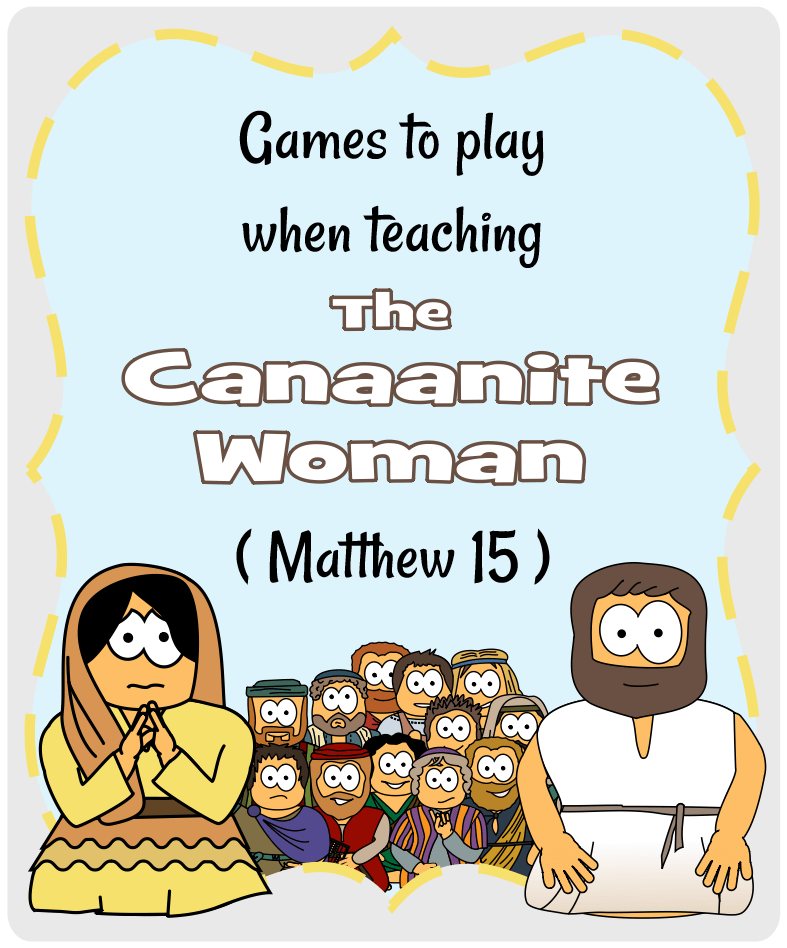 This story of the Canaanite woman is an encounter of healing, of acceptance, of determination and of an unlikely party receiving the abundance of God’s love. These games play on the idea that the Canaanite woman didn’t appear to belong in this narrative as well as the words Jesus used the the passage about dogs and tables. There is a variety of games suitable for different sized groups and spaces.

Table roll – You will need a big table for this one and some small balls, ball pit balls or table tennis balls would be ideal. Pour the balls over the table. Have the kids positioned under or around the table with baskets to catch them when they drop off the edges.

That doesn’t fit – this is a large group game. Split the group into teams of 5-7. Each team has to choose a theme and then pick items that will support that theme and one red herring. Teams take it in turns to present their items, one per person, to the whole group and the other teams have to work out the red herring and why.
Examples.
Group of 5 – red, yellow, pink, purple, orange – the odd one out is yellow because it doesn’t contain red.
Group of 7 – James, Peter, Paul, Matthew, Bartholomew, Thomas, Judas – the odd one out is Paul as he wasn’t one of the 12.

Whose zoo – Chose a child to be the zookeeper and send them out the room, each child chooses an animal to be and share their animal noise and movement with the group. Have the children move around the room. Invite the zookeeper back in and say the animals have escaped, they will come back (to their seats) if the zoo keeper calls out their animal names.

This is for – the aim of this game is to collect attributes. The first child/team to have 5 wins. The attributes can be anything – wearing a colour, having a sibling, going to a certain school, a size of shoe, being taller than your neighbor etc. Very few of these you can control just like the woman didn’t chose her religion or birthplace.

Find Jesus – a classic game of hide the thimble but with a small picture of Jesus. The woman searched for Jesus too.

Other posts for Canaanite.