END_OF_DOCUMENT_TOKEN_TO_BE_REPLACED

Samson’s story is a story of trust, trust laid in the wrong places, trust to keep promises that are repetitively broken, trust to protect the nation. These games either stem from specific events of the story or from that central idea of trust.

Trust tunnel – Have the children make 2 parallel lines to form a tunnel. One child will run along this tunnel and the last people on the line will catch them. Make sure the last people on each line as both sensible and strong enough. To make this a trust tunnel the runner must be blindfolded.

Samson flip cards – Print and play with your Samson cards. Lay out the cards face down and have the youngsters take turns to look for pairs. If using before the story then have the children hold up each card as the person/symbol is mentioned in the story. If using after the story, when a pair is found, have the child say how the character / symbol appeared in the story.

END_OF_DOCUMENT_TOKEN_TO_BE_REPLACED

This Samson worksheet is a good way of recapping on the story. It’s a very full worksheet that looks beyond the Delilah story to encompass the whole 4 chapters of Judges. Starting with the Nazirite promise and ending with giving Samson a new hairstyle the children are encouraged to look up, sketch, solve and ponder their way through the story. This worksheet is best done in a group and one activity is discussion based, though it would be easily completed as an independent activity with a small amount of adult input.

To complete this worksheet the children need need a bible, colouring pens, pencils or crayons.

The PDF can be downloaded by clicking on the images.

Here are the images you need for the hero’s attributes linked to Samson – Delilah (Judges 16).
Each hero set contains a high quality graphic of the character, a take home bible card and a colouring page.

The images are displayed small here, click on the image you wish to have, then save the image that loads.
(Please note : these images have no watermark but are not copyright free, they are only intended for classroom use.) 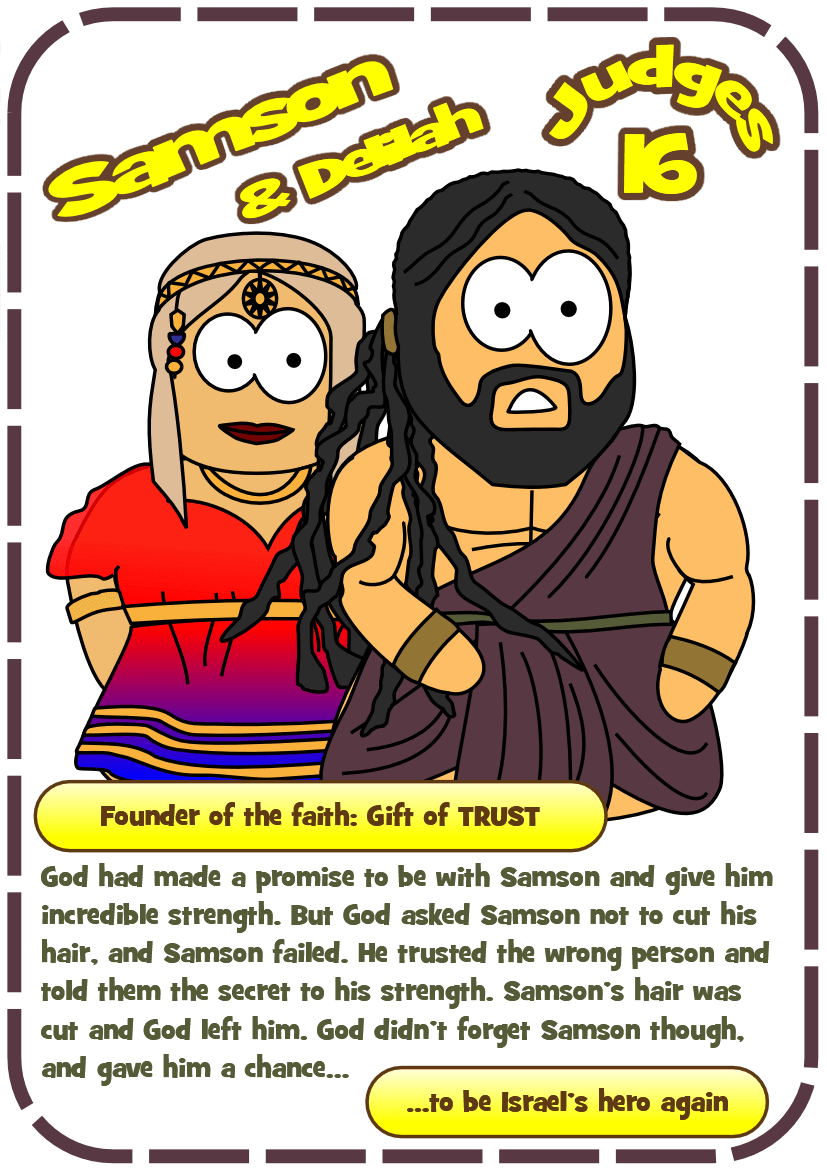 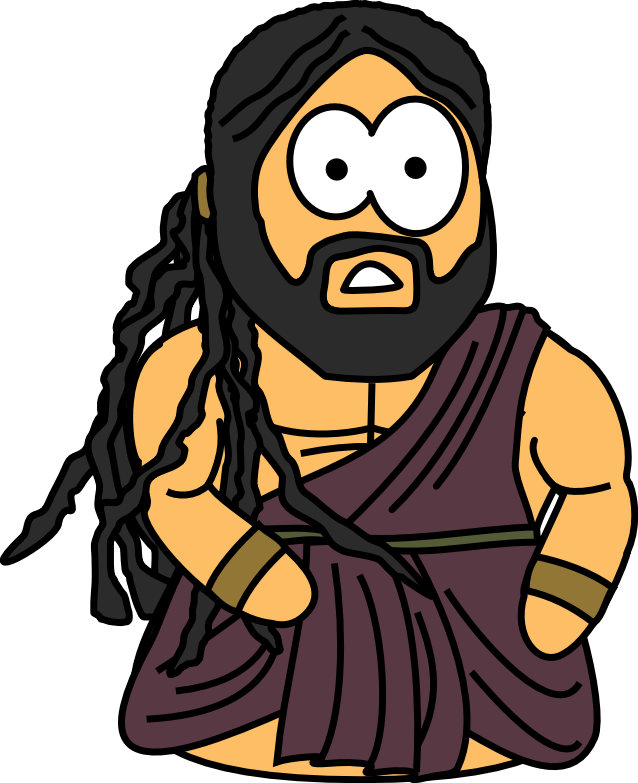 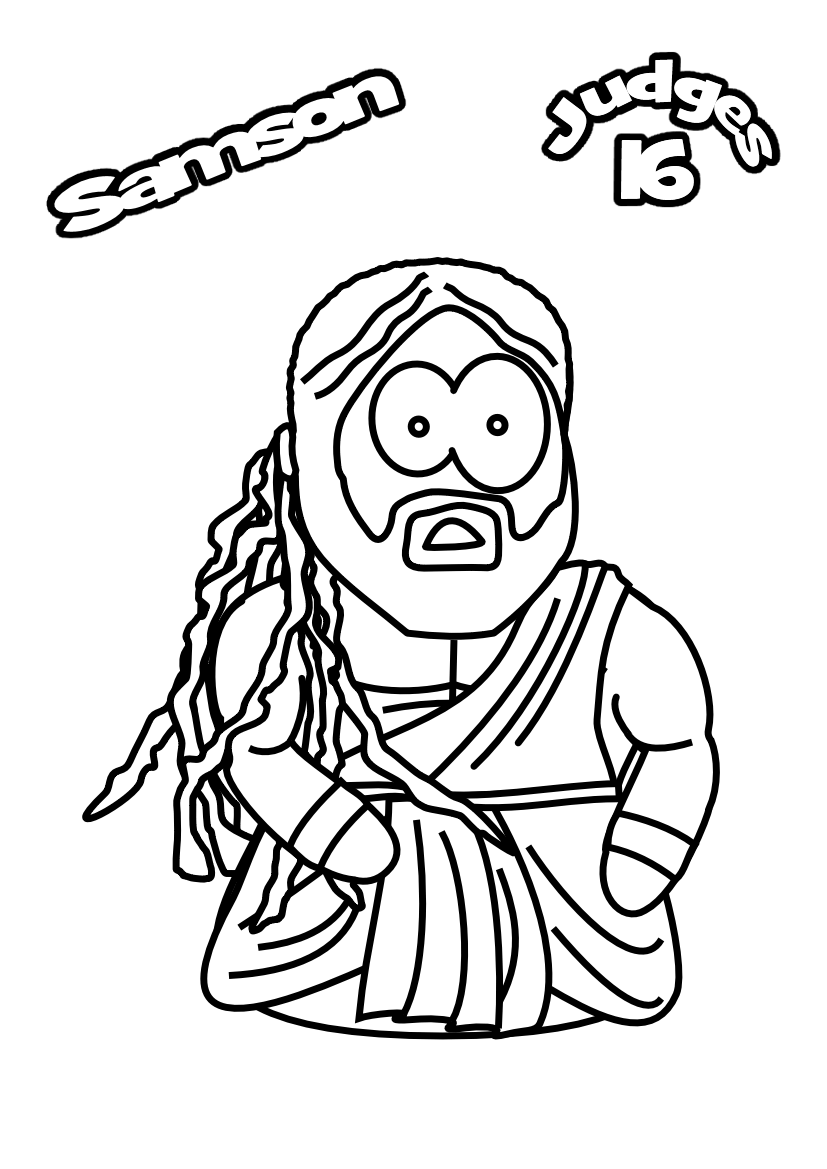 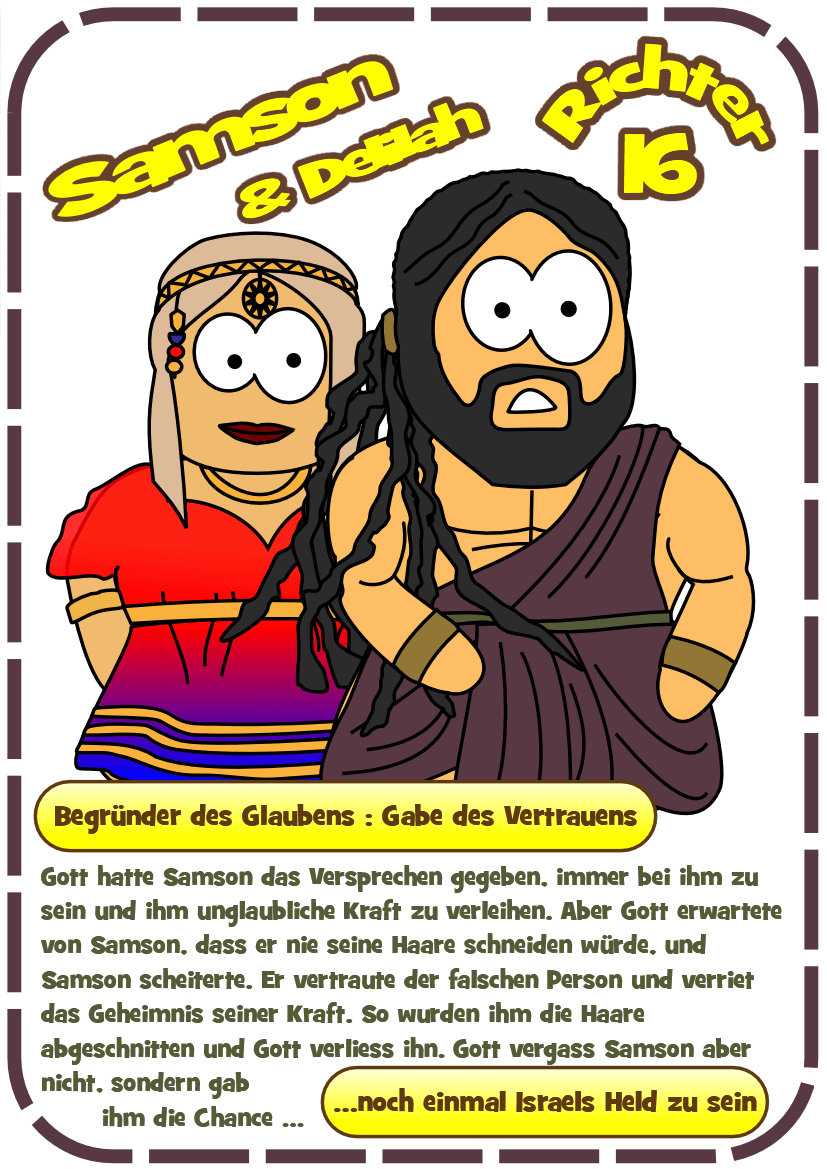 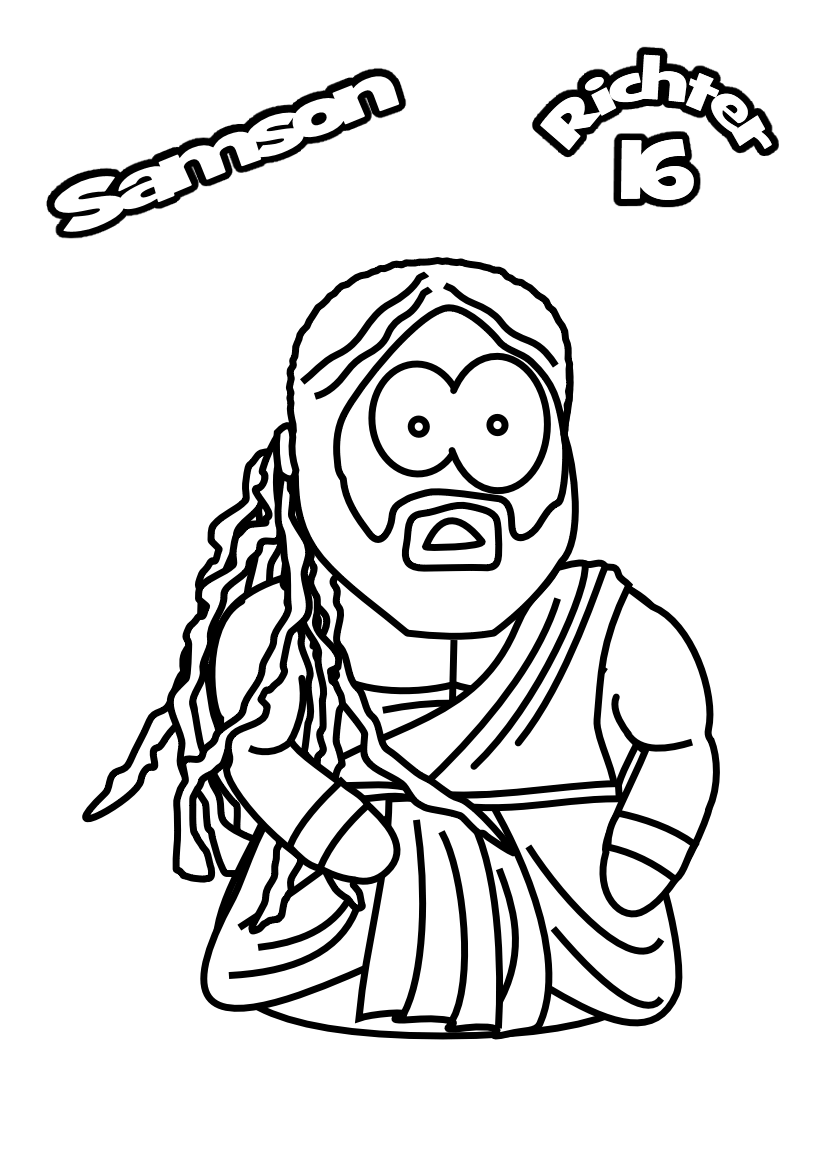 Extra’s for this lesson 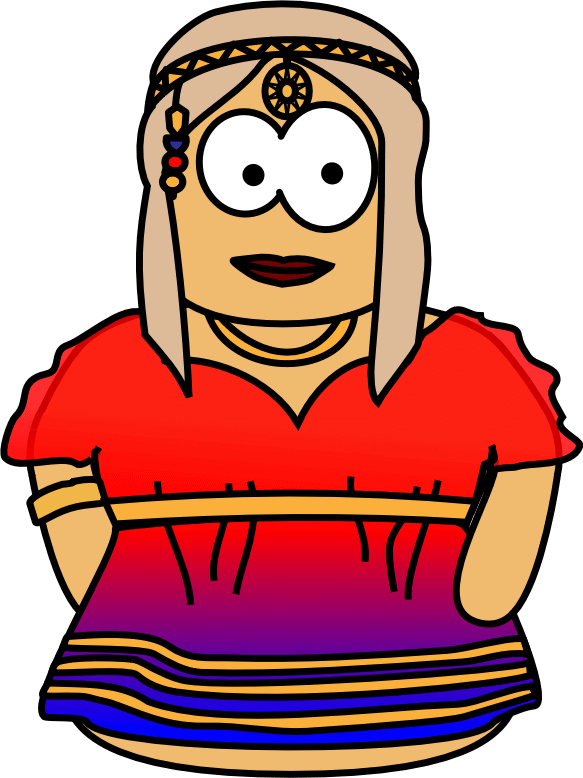 Essential Teachers notes:
This is a warning story that raises questions of what is love, who do we trust, and what is this big word redemption. It’s a beautifully interactive story, read it out or tell it in your own words, leave space for the kids to join in by answering the questions and do discuss the final act of destroying the temple after the story if you have older children. Make sure to stress that although in this story Samson asks to sacrifice himself to destroy the philistines, these are not actions or methods we should imitate.

Preparing to Teach : Life of Samson

Manoah – Father, questioner, needs reassurance but wants to do right.

Israel has fallen away from God, and in response God has gone quiet. Before there were Judges, people who literally held court and judged, judged the arguments, judged the ideas, judged the religion. While some were noteworthy the last few before Samson are pretty unremarkable, or at least the bible remarks very little about them.

During the time of silence the Israelites have been on the receiving end of neighbouring nations wishes. The Philistines have come and pillaged, subdued, and basically run amok. The parallels to the Roman empire at the time of Jesus are blazingly obvious.

There are often sections to a story and Samsons has 5.
1. The conception,
2. The riddle,
3. The consequences,
4. The betrayal and
5. The redemption.

While sections 2,4 and 5 lend themselves best to storytelling, section 1 is crucial. Without first examining the place and purpose of Samson’s life the falling of the temple looks like a desperate act made by a man who has nothing left to lose. The whole thing about the riddle and the burning foxes is, to some extent, Samson having a temper tantrum and is actually much harder to teach an applicable lesson around. What it does do is show the neighbouring nations that these Israelites are no longer a pushover and gives a platform for Samson to be a judge, which he does for 20 years before meeting Delilah.

The bible is a wonderful book, full of drama and battles, full of sorrow, struggles, and consequences for foolishness. It’s a real time tale of a struggling people and their developing relationship with a deity. At many times it’s downright bloody and never more so than when you take a single story out of the whole narrative.

The story of Samson has its fair share of rather grisly solutions. For some groups this is a selling point, a little bit of nasty wrapped up in a story where the good guys win, a familiar and often popular format.

If I could have changed one thing about my own church education as a child, it would have been to learn more acceptance and less judgement. In many Old Testament stories God’s people resort to violence, and while not all fights can be resolved with words, it’s not actions we want our kids to imitate. We need to mix that message with the acceptance of Jesus, the willingness to welcome all, the gentiles meeting the pureness of the Jews and sharing communion.

Our challenge with stories such as these is to get past the drama, gore, good guy verses bad guy and paint a wider picture. Ask “Why did God allow this to happen?”, we know God can do these things, his power is boundless, but the real crux is the why. Samson’s life was a message to the Philistines, a message that God is powerful and will protect his people, even if Samson was less of a polite letter and more a sledgehammer through the front door.