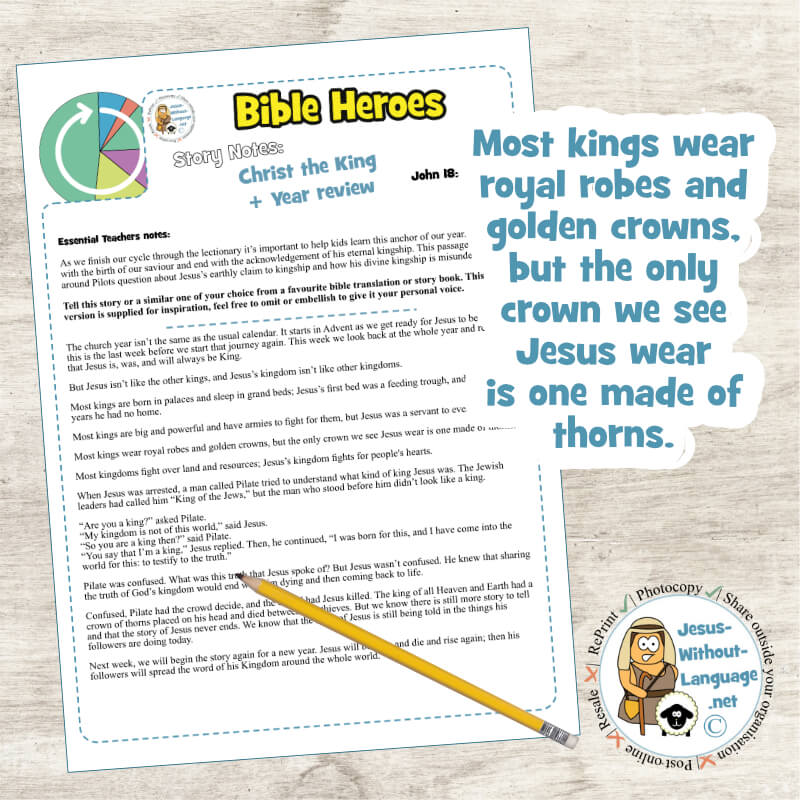 Essential Teachers notes:
As we finish our cycle through the lectionary it’s important to help kids learn this anchor of our year. We start with the birth of our saviour and end with the acknowledgement of his eternal kingship. This passage centres around Pilots question about Jesus’s earthly claim to kingship and how his divine kingship is misunderstood.

—————————————-
The church year isn’t the same as the usual calendar. It starts in Advent as we get ready for Jesus to be born, and this is the last week before we start that journey again. This week we look back at the whole year and remember that Jesus is, was, and will always be King.

Most kings are born in palaces and sleep in grand beds; Jesus’s first bed was a feeding trough, and for many years he had no home.
Most kings are big and powerful and have armies to fight for them, but Jesus was a servant to everyone.
Most kings wear royal robes and golden crowns, but the only crown we see Jesus wear is one made of thorns.
Most kingdoms fight over land and resources; Jesus’s kingdom fights for people’s hearts.

When Jesus was arrested, a man called Pilate tried to understand what kind of king Jesus was. The Jewish leaders had called him “King of the Jews,” but the man who stood before him didn’t look like a king.

“Are you a king?” asked Pilate.

“My kingdom is not of this world,” said Jesus.

“So you are a king then?” said Pilate.

“You say that I’m a king,” Jesus replied. Then, he continued, “I was born for this, and I have come into the world for this: to testify to the truth.”

Pilate was confused. What was this truth that Jesus spoke of? But Jesus wasn’t confused. He knew that sharing the truth of God’s kingdom would end with him dying and then coming back to life.

Next week, we will begin the story again for a new year. Jesus will be born and die and rise again; then his followers will spread the word of his Kingdom around the whole world. 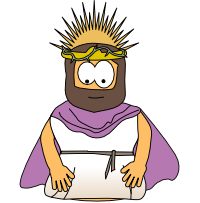 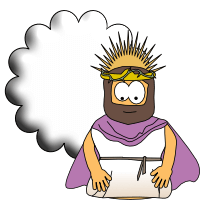