Today’s hero is John the Baptist because he shows us the gift of a humility
Essential Teachers notes:
The story of John the Baptist has many elements that be be drawn out. There is the survivalist, wearing skins and eating honey, the prophet, a new Elijah, the rabbi, whose disciples join Jesus, the transformer, baptising people in repentance, and the humble, who recognises Jesus before many the others. This story focuses on the last though any of the themes could easily be given more emphasis.

John’s life was amazing. His dad, Zechariah, had been an old priest in the temple and his mum, Elizabeth, was old when he was born too. It’s not surprising that John wasn’t like other kids. When he got old enough he set off into the wilderness and desert. He made himself clothes from camel skins, he ate locusts and wild honey.

John knew God had a plan for him and that was to get people ready for what was coming. So, John started telling people that they needed to change their lives, to think differently, to turn around and face towards God, to get rid of all the nasty stuff in their lives, to act right. “Someone special was coming”, said John, “someone who would change everything.”

Lots of people were impressed with John the Baptist and would go and listen to him. John used a symbol to show that people agreed to change. He would walk out into the cool river with them and dip them under the water. This was called baptism. He did this to show that their old ways of living life were washing away with the water and they could start living a new kind of life with God.

One day Jesus came to see John. John saw him coming and knew exactly who he was. He told his disciples, “This is the one I meant when I said, ‘One who is more powerful than I am is coming after me. I am not worthy to stoop down and untie the strap of his sandals. I baptise you with water, but he will baptise you with the Holy Spirit.”’

Jesus walked up to John and asked to be baptised. John was amazed. Jesus didn’t need to be baptised. Jesus already had the new kind of life with God. John tried to say no. John had a special quality called humility. Humility means that you recognise that you are God’s servant, that God is much greater than you, and you respect great things in other people. John said ‘no’ to Jesus because John thought he wasn’t worthy.

But Jesus had other plans. He lead John into the water and whispered, “It’s part of the big plan, John. Please baptise me.” John dipped Jesus into the water and then stood back as Jesus stood up, water dripping from his hair and his clothes. The clouds in the sky seemed to disappear, the light got brighter and something seemed to be falling from the sky onto Jesus. Like a bird, a dove, it floated down and rested on him. Then a voice came, not from John, or Jesus, or the crowd, but from Heaven: 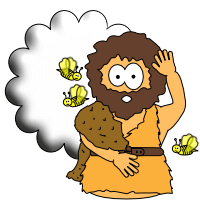 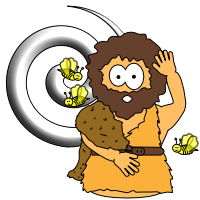