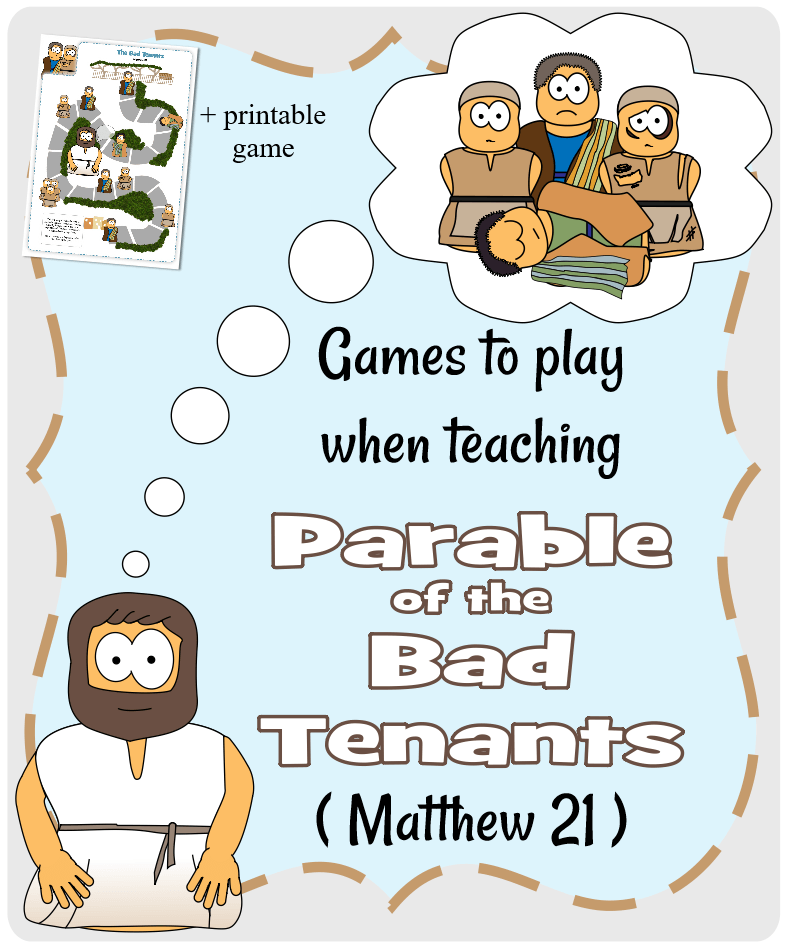 The parable of the bad tenants is all about consequences, about unheeded messengers, about responses that should never have been an option. Jesus may be seem to be teasing the religious leaders with such a brash tale but the truth is that we all too easily forget that our actions send ripples into the future. Here is a selection of games to suit a wide range of ages and set-ups. choose the game you would most like playing and your youngsters would respond to best.

How many does it take – Cut up on magazine picture per child / team and place each picture into a separate bag. Have a child randomly pick one piece and try to guess what the whole picture is. Repeat until they guess or reconstruct the picture. Link this game to the idea of how many servants/prophets were sent. 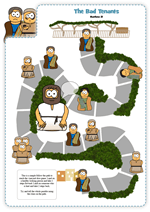 Story Road – Print this game and travel the journey of the parable. You’ll need dice and counters. Print avalible by clicking on the picture.

Ripple effect – Easily described as ‘Simon says’ meets ‘a crowds rolling wave’. Have the kids stand in a circle and pass an action around. The easiest is a wave, encourage creativity. Once the action reaches the person who started it for the 2nd time they stop the action and the next person starts a new one. Links to the idea of consequences.

Consequences – This is a classic game. If you don’t know it each player is given a sheet of paper, and all are told to write down a word or phrase to fit a description, optionally with some extra words to make the story. Each player then folds the paper over hide the most recent line, and hands it to the next person. At the end of the game, the stories are read out.

An example may be

Other posts for Tenants.