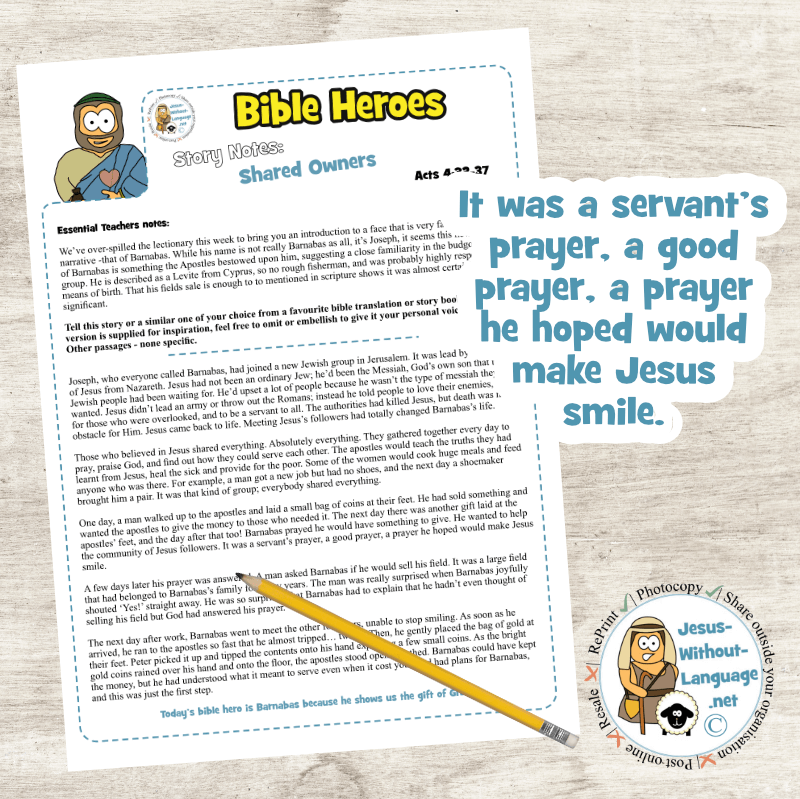 Today’s bible hero is Barnabas because he shows us the gift of GIVING.

Essential Teachers notes:
We’ve over-spilled the lectionary this week to bring you an introduction to a face that is very familiar in the acts narrative -that of Barnabas. While his name is not really Barnabas as all, it’s Joseph, it seems this new moniker of Barnabas is something the Apostles bestowed upon him, suggesting a close familiarity in the budgoning group. He is described as a Levite from Cyprus, so no rough fisherman, and was probably highly respected y means of birth. That his fields sale is enough to to mentioned in scripture shows it was almost certainly significant.

Joseph, who everyone called Barnabas, had joined a new Jewish group in Jerusalem. It was lead by the apostles of Jesus from Nazareth. Jesus had not been an ordinary Jew; he’d been the Messiah, God’s own son that the Jewish people had been waiting for. He’d upset a lot of people because he wasn’t the type of messiah they wanted. Jesus didn’t lead an army or throw out the Romans; instead he told people to love their enemies, to care for those who were overlooked, and to be a servant to all. The authorities had killed Jesus, but death was no obstacle for Him. Jesus came back to life. Meeting Jesus’s followers had totally changed Barnabas’s life.

Those who believed in Jesus shared everything. Absolutely everything. They gathered together every day to pray, praise God, and find out how they could serve each other. The apostles would teach the truths they had learnt from Jesus, heal the sick and provide for the poor. Some of the women would cook huge meals and feed anyone who was there. For example, a man got a new job but had no shoes, and the next day a shoemaker brought him a pair. It was that kind of group; everybody shared everything.

One day, a man walked up to the apostles and laid a small bag of coins at their feet. He had sold something and wanted the apostles to give the money to those who needed it. The next day there was another gift laid at the apostles’ feet, and the day after that too! Barnabas prayed he would have something to give. He wanted to help the community of Jesus followers. It was a servant’s prayer, a good prayer, a prayer he hoped would make Jesus smile.

A few days later his prayer was answered. A man asked Barnabas if he would sell his field. It was a large field that had belonged to Barnabas’s family for many years. The man was really surprised when Barnabas joyfully shouted ‘Yes!’ straight away. He was so surprised that Barnabas had to explain that he hadn’t even thought of selling his field but God had answered his prayer.

The next day after work, Barnabas went to meet the other followers, unable to stop smiling. As soon as he arrived, he ran to the apostles so fast that he almost tripped… twice!. Then, he gently placed the bag of gold at their feet. Peter picked it up and tipped the contents onto his hand expecting a few small coins. As the bright gold coins rained over his hand and onto the floor, the apostles stood open mouthed. Barnabas could have kept the money, but he had understood what it meant to serve even when it cost you. God had plans for Barnabas, and this was just the first step.

Today’s bible hero is Barnabas because he shows us the gift of GIVING. 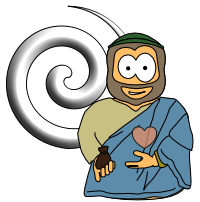 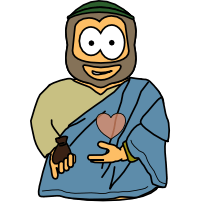 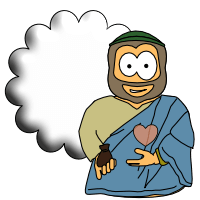