The theory behind teaching with Bible Characters

Lets face it, the bible has some pretty interesting screw-ups and God uses them all, but while it’s great that the kids know David threw stones and Balaam chatted to a donkey these aren’t exactly the behaviors we are hoping our kids will imitate. With so many questionable stories is copying bible characters a good way to really teach our kids then… well I still think so.

The pull of a face

I love teaching with bible characters. It can be a really pure way of teaching the bible and there is something quite special about putting a face to a story. There is a deep and real reason for linking a story with a specific face – it’s the way we are programmed as a human race. As infants we learn to process and understand faces a whole lot earlier than any other object. A few years ago some scientists suggested that a four month old could process a face at an almost adult level while other objects or shapes were still being processed by a lower part of the visual system! 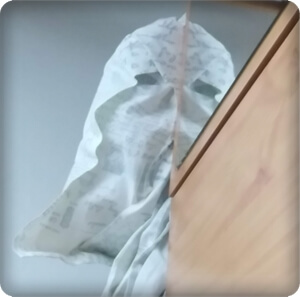 Shortly after Christmas my husband shouted to me from the bedroom that there was a nun in the house. What he had seen was a partial pillow reflected in a mirror. Meanwhile what his brain had so readily done was try to assign the shape meaning and hit on a face. As a race we see faces everywhere, it’s even got a name : pareidolia. If you’ve ever thought a car was looking angry or a socket looked like it was screaming (image credit) it’s because of this.

Kids tap into this almost subconsciously.

If you ask a child to draw a person the head will often be dis-proportionally large, because the face is the important part they want to show. This is well studied, having clearly defined eyes and high contrast faces is a technique used deliberately in children television programs. Even non humanoid shapes will undergo anthropomorphism having human features like eyes and mouth added – think Thomas the Tank Engine or Disney Cars. Ultimately we resonate with things that look more like us, we are attracted to people who share our features, we are drawn towards the familiar.

The importance of imitation

But it’s more than just a face that has me choosing bible characters over catechism so often, it’s another hard wired thing – imitation. Imitation is one of the primary building blocks of learning from the youngest ages. It’s generally understood that kids see most of their world in black and white terms. For an infant the imitation is fixed, “if you do this then that happens so if I do the same action again I will get the same result”. Things change after the age of 2 when children begin to use symbolism thanks to the developing imagination.

The infants stick is now a wand, a pen, a drumstick! While they continue to learn about their world through their senses they can learn about worlds closed to them by practicing the art of imitation. They unlock the dressing up cupboard and suddenly little Susie is Elsa and Dan is Spiderman. This is an important step in the development of empathy, role play allows us to imagine other peoples feelings in a way children’s brains are not hard wired for. Yet when Elsa runs away the child knows exactly what to do because they know these characters narratives already. As they repeat the characters actions the link with them becomes stronger and the more the narrative settles in them. Pause and just that last sentence with bible characters in mind.

What kid doesn’t recognize Zacchaeus’ issue as they stared at coat backs unable to see the main event? Josiah clearing out the temple becomes the parents favorite lesson idea even if it involves a huge paper fight. Rhoda forgetting to unlock the door to Peter becomes a great lesson in over-excitement. John the Baptist allows us to grapple with the very difficult idea of humility as he speaks of being unworthy to untie Jesus’ saddles. These faces don’t just teach stories but become faces the children can inhabit to peer out of into the biblical pages.

When there is no character

Sadly not all passages have characters, so much of the bible is instruction, poetry or law. It doesn’t neatly fit into a lesson on a specific character. This is where you have to make a decision on how much you’ll let your bible passage be accompanied by non cannon material. A technique used by almost every kids bible show I’ve ever seen is expanding the story beyond the text. This has been used for centuries by literature and art.

On the most basic level it’s why we think of Jesus with long hair and a long beard when culturally he would almost certainly have had short hair and a neat beard if one at all. Remember Judas had to identify Jesus (Matthew 26:48) with a kiss to be arrested. On a deeper level you end up with CS lewis and the world of Narnia – a story woven deeply with biblical reference but choosing not to be explicit with it. Much of the bible allows you to weave a story that falls between these two, keeping pure biblical details but adding in extra characters and padding. This can be done badly, taking the emphasis away from the scripture, but when done right it can have the added benefit of linking other texts and biblical details allowing you to represent more of the big bible picture. 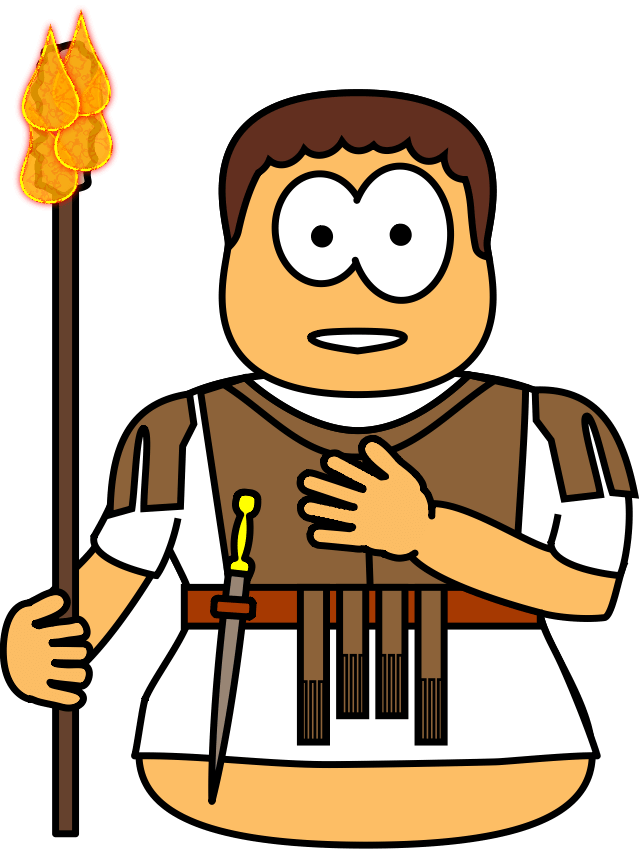 The latest lesson onsite is a good example of this. Jesus teaches about the lamp being hidden under a bed or basket, a bushel. It’s a simple idea, it lends itself well to science experiments and games in dimmed light but I’ve chosen to give it a face.

The Apostle Paul’s home town of Antioch was one of the earliest place to have known street lights, oil lamps, strung up on a series of ropes (read more). The guard responsible for lighting the house lamps was called the lanternarius and so making the logic jump to having a lamp lighter for the city center is a but a skip. This character then epitomizes the idea of a light being seen, he has a long torch that reminds us the light must be lifted high and his job is to illuminate the darkness. Importantly he takes the conversation one step further, he not only learns the symbolic meaning of Jesus’ words he also ties the narrative into the apostle Paul and how the message transformed his life going forward.

I know some won’t touch this story. There are purists who will balk at biblical movies that bend the text to accommodate extra plots and inwardly sigh just a little when the great King David is a scrap of asparagus in Veggie tales. I know they would rather say Jesus said this and lets play with lamps. The kids will learn the lesson, they will hold high their candles and torches understanding they are symbolic. But will it inspire kids to want to turn that stick into a torch to be a lamp lighter?

When a story resonates with a child they live it. They can walked those streets with Albas the lanternarius, peer into windows with him and felt the sting of Jesus’ words. That’s what story does, it draws you into a different perspective. That perspective is somehow more powerful when you are looking at the world through someones eyes. Wouldn’t it be wonderful if our kids wanted to be Mary as much as Elsa and David as much as Spider man?

This talk was written for the bible creative conference which I sadly pulled out of. Just an extra note : Jesus without language also recently got featured in the top 20 kidmin blogs to follow by Feedspot! Click through to get some of the latest kidmin content delivered to your inbox!

Other posts for Lamp.