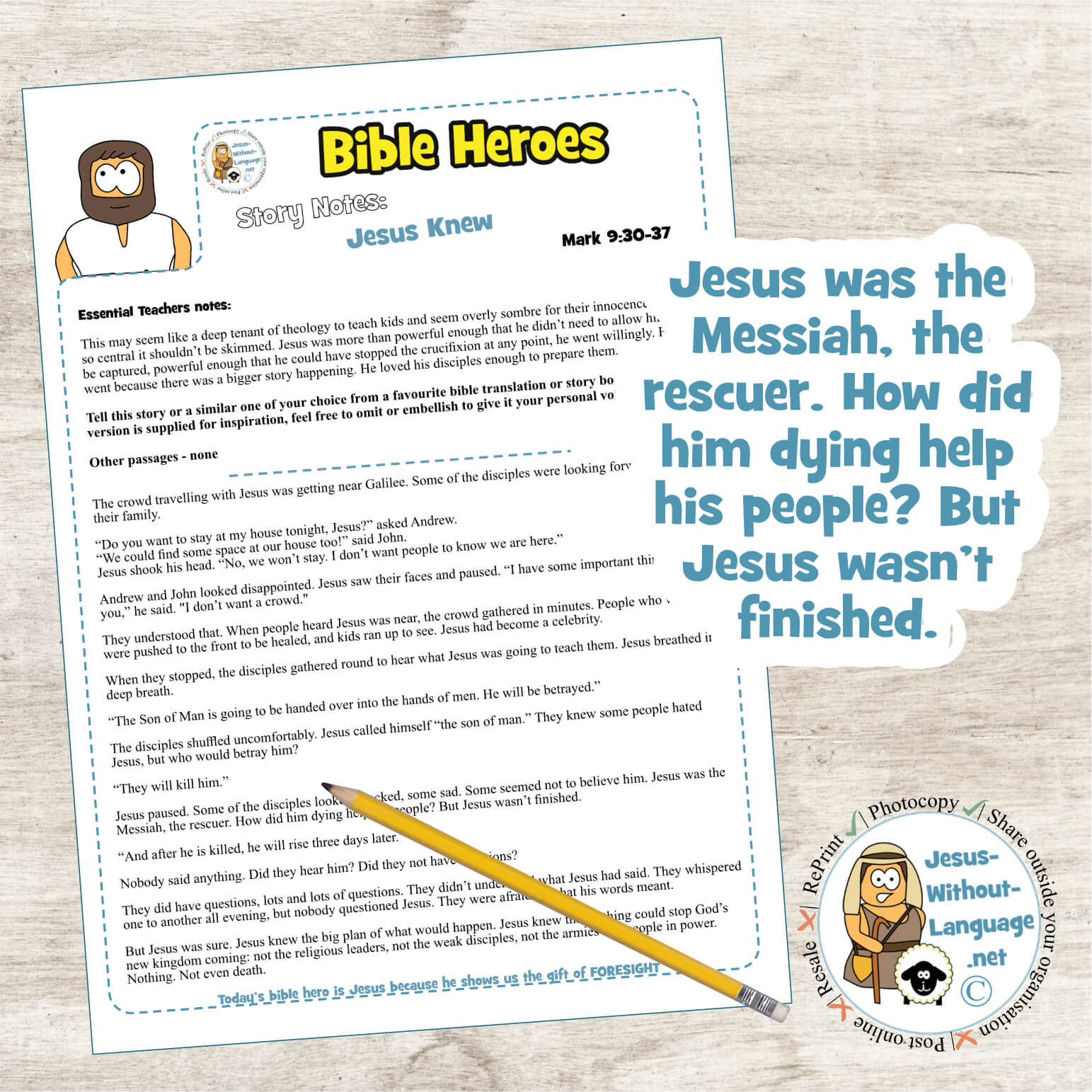 Essential Teachers notes:
This may seem like a deep tenant of theology to teach kids and seem overly sombre for their innocence, but it’s so central it shouldn’t be skimmed. Jesus was more than powerful enough that he didn’t need to allow himself to be captured, powerful enough that he could have stopped the crucifixion at any point, he went willingly. He went because there was a bigger story happening. He loved his disciples enough to prepare them.


The crowd travelling with Jesus was getting near Galilee. Some of the disciples were looking forward to seeing their family.

“Do you want to stay at my house tonight, Jesus?” asked Andrew.

“We could find some space at our house too!” said John.

Jesus shook his head.
“No, we won’t stay. I don’t want people to know we are here.”

Andrew and John looked disappointed. Jesus saw their faces and paused.
“I have some important things to teach you,” he said. “I don’t want a crowd.”

They understood that. When people heard Jesus was near, the crowd gathered in minutes. People who were sick were pushed to the front to be healed, and kids ran up to see. Jesus had become a celebrity.

When they stopped, the disciples gathered round to hear what Jesus was going to teach them. Jesus breathed in a deep breath.
“The Son of Man is going to be handed over into the hands of men. He will be betrayed.”

The disciples shuffled uncomfortably. Jesus called himself “the son of man.” They knew some people hated Jesus, but who would betray him?

“They will kill him.”

Jesus paused. Some of the disciples looked shocked, some sad. Some seemed not to believe him. Jesus was the Messiah, the rescuer. How did him dying help his people? But Jesus wasn’t finished.

“And after he is killed, he will rise three days later.”

Nobody said anything. Did they hear him? Did they not have questions?

They did have questions, lots and lots of questions. They didn’t understand what Jesus had said. They whispered one to another all evening, but nobody questioned Jesus. They were afraid of what his words meant.

But Jesus was sure. Jesus knew the big plan of what would happen. Jesus knew that nothing could stop God’s new kingdom coming: not the religious leaders, not the weak disciples, not the armies and people in power. Nothing. Not even death. 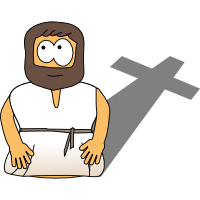 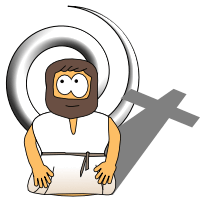 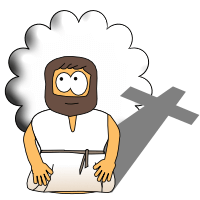