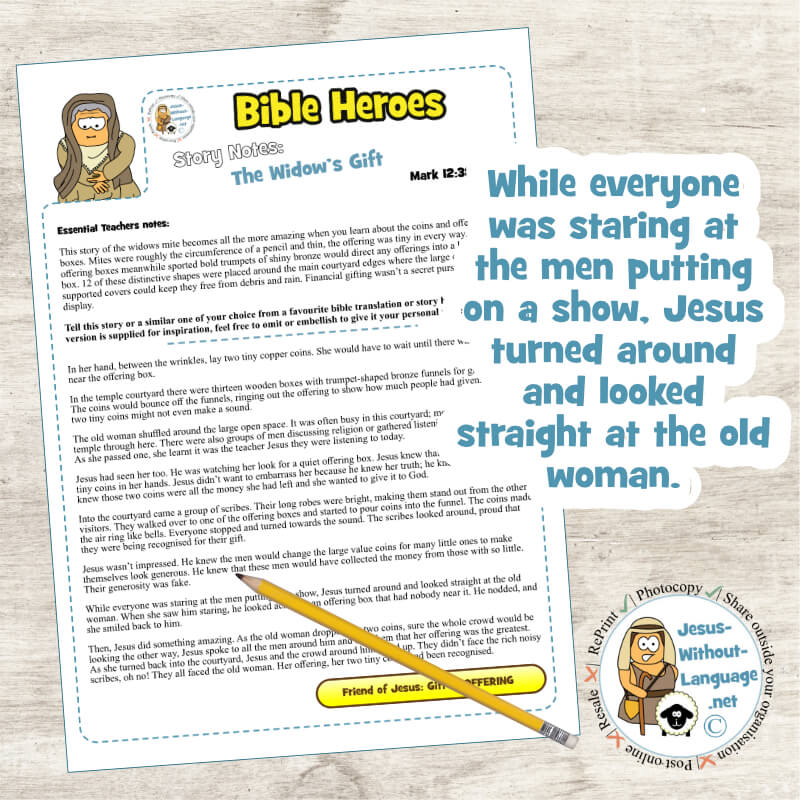 Essential Teachers notes:
This story of the widows mite becomes all the more amazing when you learn about the coins and offering boxes. Mites were roughly the circumference of a pencil and thin, the offering was tiny in every way. The offering boxes meanwhile sported bold trumpets of shiny bronze would direct any offerings into a large wooden box. 12 of these distinctive shapes were placed around the main courtyard edges where the large column supported covers could keep they free from debris and rain. Financial gifting wasn’t a secret pursuit but a public display.

—————————————-
In her hand, between the wrinkles, lay two tiny copper coins. She would have to wait until there was nobody near the offering box.

In the temple courtyard there were thirteen wooden boxes with trumpet-shaped bronze funnels for giving gifts. The coins would bounce off the funnels, ringing out the offering to show how much people had given. These two tiny coins might not even make a sound.

The old woman shuffled around the large open space. It was often busy in this courtyard; most people got to the temple through here. There were also groups of men discussing religion or gathered listening to a rabbi speak. As she passed one, she learnt it was the teacher Jesus they were listening to today.

Jesus had seen her too. He was watching her look for a quiet offering box. Jesus knew that she only held two tiny coins in her hands. Jesus didn’t want to embarrass her because he knew her truth; he knew her secret. Jesus knew those two coins were all the money she had left and she wanted to give it to God.

Into the courtyard came a group of scribes. Their long robes were bright, making them stand out from the other visitors. They walked over to one of the offering boxes and started to pour coins into the funnel. The coins made the air ring like bells. Everyone stopped and turned towards the sound. The scribes looked around, proud that they were being recognised for their gift.

Jesus wasn’t impressed. He knew the men would change the large value coins for many little ones to make themselves look generous. He knew that these men would have collected the money from those with so little. Their generosity was fake.

While everyone was staring at the men putting on a show, Jesus turned around and looked straight at the old woman. When she saw him staring, he looked across at an offering box that had nobody near it. He nodded, and she smiled back to him.

Then, Jesus did something amazing. As the old woman dropped her two coins, sure the whole crowd would be looking the other way, Jesus spoke to all the men around him and told them that her offering was the greatest. As she turned back into the courtyard, Jesus and the crowd around him stood up. They didn’t face the rich noisy scribes, oh no! They all faced the old woman. Her offering, her two tiny coins, had been recognised. 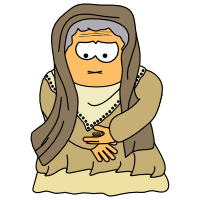 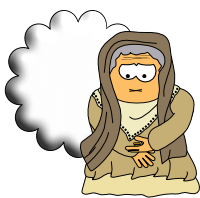